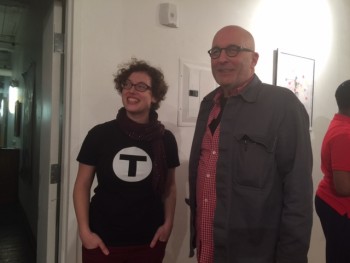 On December 10 and 12th, the Fort Point Theater Channel’s group hauled on over Boston Harbor to perform a series of 9 short staged readings that ranged from “Alice in Wonderland” by Thomas Misuraca,  “Brigham Circle” by Hortense Gerardo, and “Derailed on Butler” by Maren Lavelle. What inspired pla(T)forms playwrights and writers ? The-T stop drawings of Cambridge artist Laura Meilman.  Meilman spent three years sketching scenes from each of the 121 subway and streetcar stations in Boston’s MBTA system. 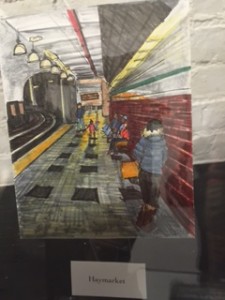 She wanted an art project with a goal and was already buying a monthly transit card, so she figured she’d put it to use.

News for all the Boston and transportation lovers: Meilman sells calendars (each month features a T- stop sketch) on Etsy: Calendar, $16 at Etsy 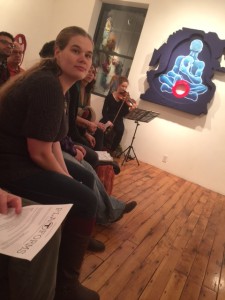