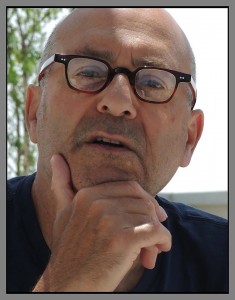 The Atlantic Works Poetry Reading Series Continues on April 24th with a reading by poet Joel Sloman. A gallery party kicks off at 6:00pm, with the readings beginning at 7pm. Refreshments will be served.

“Sloman can evoke sensory impressions with thrilling, hallucinatory precision; among them his anxious questions vanish and reappear like pilgrims wandering in an immense but enticing forest.” (from the preface to Stops (1997), Denise Levertov)