In SKIN, Atlantic Works veteran Chris Spuglio and newcomer Stephanie Arnett explore the types of identities we choose for ourselves through how we present ourselves to others.  Skin is our  blank human canvas indelibly marked with our life experiences.
Chris Spuglio’s new body of work explores the artistic and technical field of professional tattooing, from traditional to new school design. After a lifetime of painting on traditional surfaces, he now paints on bodies.

According to Stephanie Arnett, “As we become more accustomed to lives integrated with technology, we place more importance on finding ways of differentiating ourselves on the web. For Skin, I’ve been working with both the concept of constructing a curated digital identity as well as experimenting with new material surfaces.” 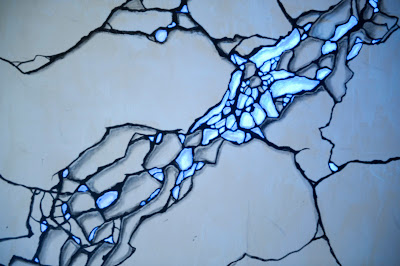 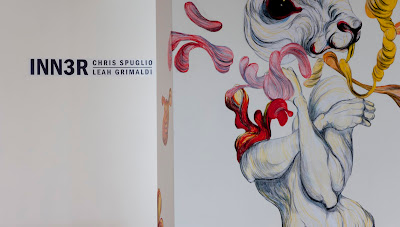 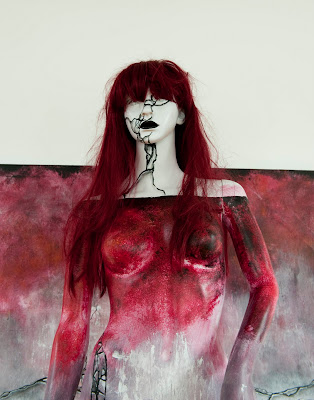 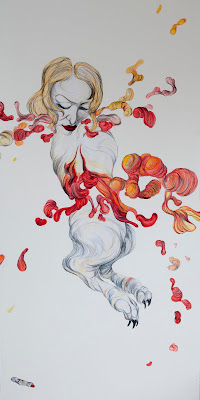 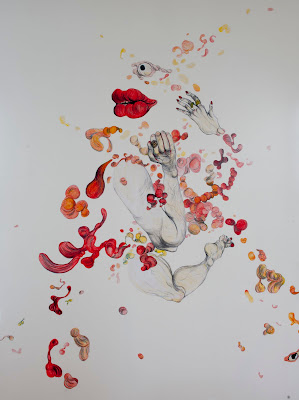 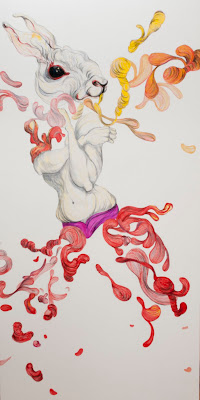 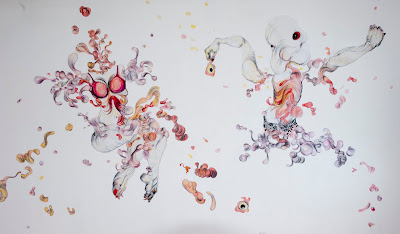 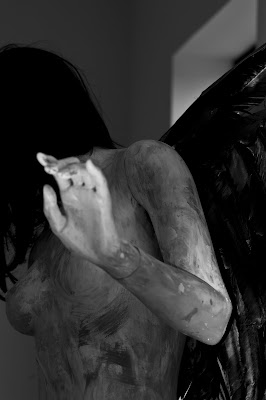 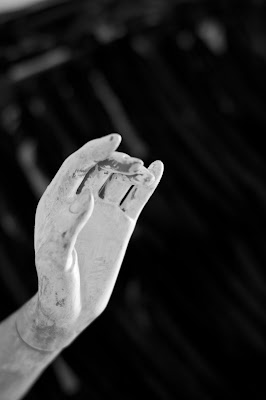 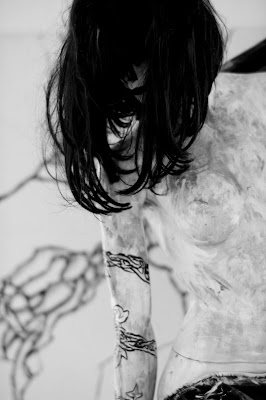 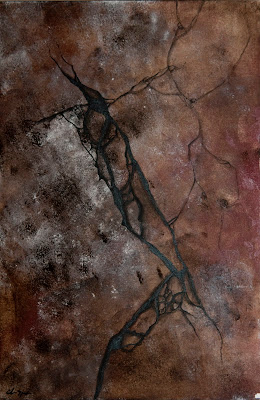 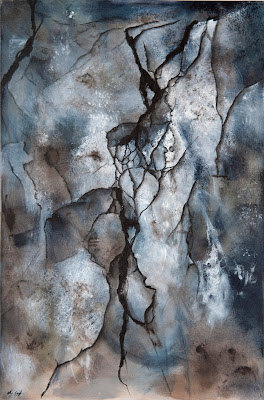 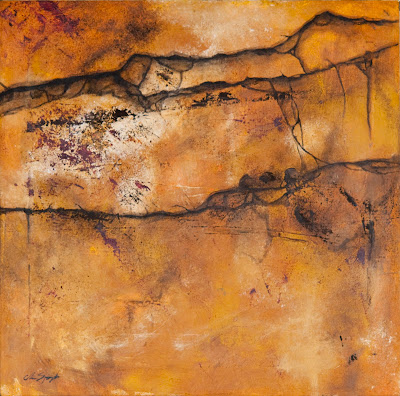 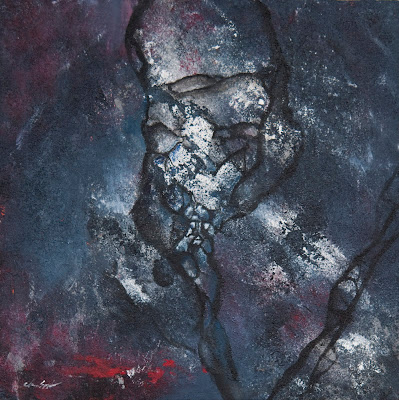 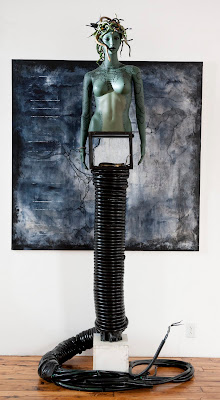 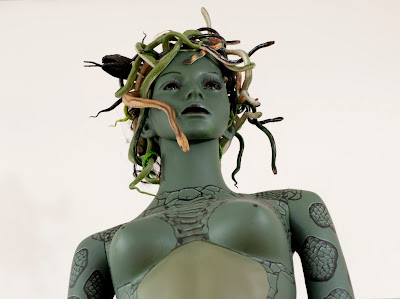 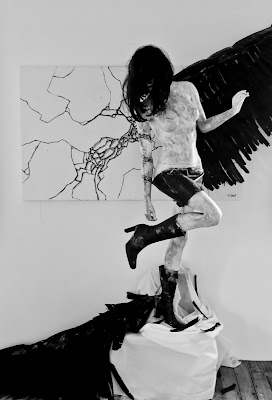 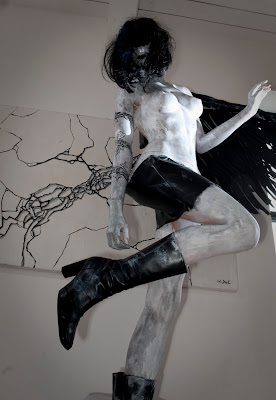 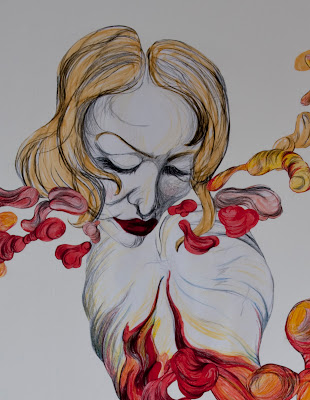 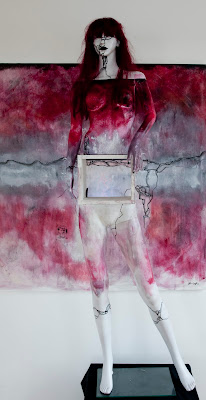 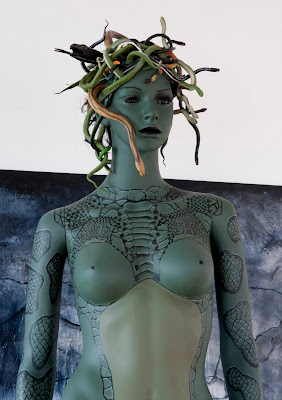 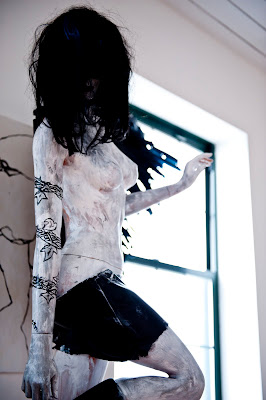 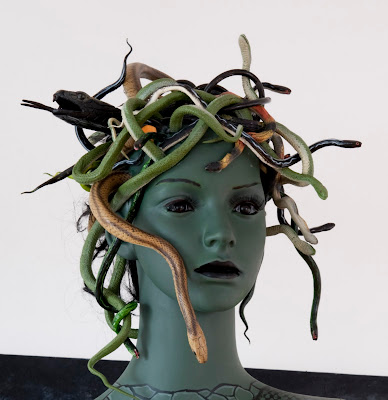 in Exhibitions / by Nick DiStefano
October 6, 2010
East Boston, September 2010 – From October 8 to October 30, 2010, Atlantic Works gallery presents HEAVEN AND EARTH: New Work by Bo Petran and Chris Spuglio.
In this economic downturn, if you have been too much getting and spending, laying waste your powers, give yourself a night to reconnect with who you are and what matters at core.
In a series that marks a departure from his previous mostly abstract work, painter Chris Spuglio explores the Gods and Goddesses of Greek mythology. Fascinated by the relationships between the Gods since childhood, Spuglio has returned to this fertile imaginative terrain to portray their complex webs of identity and relationship thru an adult prism. Creating work that is both fanciful and provocative, his work reminds you of the divine within reach and your own “heaven”.
As contrast, Czech artist Bo Petran presents two new series of work that explore life, death and time. The first, Bohemian Earth, is composed of shocking and beautiful photographs of spring in an ossuary (bone storage facility) in Prague. His series about life is Snowblind, a large grid of gorgeous sculptural paintings with iron and marble dust combined with acrylic medium and paint. Bo will present both series in the installation “Studio Visit”, where he will recreate a friendly, working art studio.
Join us at the opening Saturday, October 9, 6-9pm and to visit the gallery Fridays and Saturdays from 2pm to 6pm.. The public is also invited to Atlantic Works Gallery’s monthly THIRD THURSDAY GATHERING, on October 21, 6-9pm.
Begun in 2003, ATLANTIC WORKS GALLERY, “East Boston’s Collaborative Space for Art and Ideas,” is a member-operated gallery located on the top floor of 80 Border Street on the waterfront of East Boston. It is T-accessible (near the Maverick T stop on the Blue Line).